Career Corner: Sisters Are Doing It For Themselves 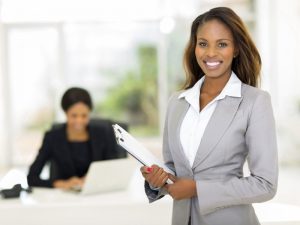 When I read that African-American women make up the fastest growing number of entrepreneurs, I wasn’t surprised. I thought of all the boss women I know and it made sense. My sisters are not only hard workers, but they’re pursuing higher education, growing their own businesses and running charities. They’re juggling full-time and part-time gigs, hustling with side gigs that they hope to turn into burgeoning businesses.

Fortune magazine recently published stats that show “the number of businesses owned by African American women grew 322% since 1997, making black females the fastest growing group of entrepreneurs in the U.S.” In less that 20 years, black women have surpassed the national average in terms of women-owned businesses.

According to the study, “2015 State of Women-Owned Businesses Report,” black women now own 30% of all businesses in the U.S., accounting for some 9.4 million firms and they control 14% of these companies, or an estimated 1.3 million businesses.

There is strength in numbers and these numbers are powerful. They show that sisters have united, overcome and excelled at whatever they put their minds to. They have dismissed stereotypes imposed on them and grabbed hold onto their destiny.

In a society that measures groups based on consumer power and wealth, black women have shown that have a serious power and are not begging for permission to be heard anymore.

Margot Dorfman, CEO of the U.S. Women’s Chamber of Commerce has noted that her organization has seen an increase in membership from black women entrepreneurs. She connects “the growth in women-owned firms to the lack of fair pay, fair promotion, and family-friendly policies found in corporate America. Women of color, when you look at the statistics, are impacted more significantly by all of the negative factors that women face. It’s not surprising that they have chosen to invest in themselves.”

As Eritrean women, some of us first-generation refugees and others direct refugees ourselves,we see a lot of us in those stats. Where we saw closed doors and rejection letters, we have created our own path and re-defined success. Whether it was our mothers who defeated extreme odds during their escapes to freedom, our aunties selling wears at events or our cousins publishing their own novels – we have a large resource of entrepreneurial sisters around us to inspire and motivate not only us but many generations to come.