The Eritrean Muslims Council is governed by a Board of Directors whose members are elected at the annual convention. The Board is EMC’s highest authority in-between conventions. The Board develops and approves all EMC’s policies, activities and projects. The  Board elects a team of executive officers, referred to as the Executive Committee,  from among its members to serve for a period of one year.  The executives committee implements projects and activities approved by the Board.

Local Community:  Originally from the Bay Area, but I have been involved in both the Northern and Southern California communities

Hobbies: I like to watch old soccer games with my dad. The only fox station I like… fox soccer! =)

NADA OSMAN Co-Chair on EMC Youth Board EMC Board

Hobbies:  I love to travel and do spontaneous things like jet skiing, parasailing, kayaking, etc. Have not done any of them yet but insha Allah that will soon change! I also love to play random games of sports like volleyball and flag football. 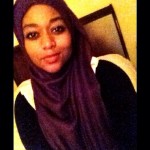 Local Community:   I’m from Brampton, Ontario (Canada) and I was born in Toronto.

Education: Undergrad: York University, in Canada for political science and English Graduate: Beginning a Masters in Library and Information Science at Western University

EMC Project Involvement (Past & Present):  This is my first year being involved with EMC projects. Since being on the board I”ve worked on the EMC Goes to College Campaign.

Hobbies: I love to read, watch television, and review them both. I”m also a beginner at tae kwon do. 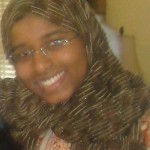 Local Community: From Orange County, California, Anaheim to be specific. It’s Located next to Los Angeles California for those you who don’t know.

EMC Project Involvement (Past & Present):  This is my first year participating on EMCY projects. Currently, I am working on the EMC goes to college forum and the EMC youth program for the annual convention.

HobbiesI have a passion for sports, basketball and soccer are my favorites. I also love a range of other things, from music to movies to video games. 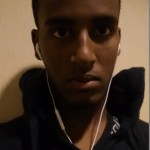 EMC Project Involvement (Past & Present):  My favourite EMCY project was probably the planning for the college campaign. I love the EMC youth board since it has increased my connections with Eritreans outside of Canada

Hobbies I love snowboarding. I played for the school basketball and soccer teams. I love to draw and paint, as well as read books. 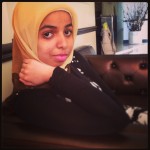 When was EMC formed?

The organization was formally launched during a two-day conference on July 19-20, 2003, in Alexandria, Virginia.

How do I become a member of EMC?

Anyone who is Eritrean and a Muslim can be a member of EMC.  Go to www.erimc.org and complete the membership form.

How can I find out more about EMC’s projects and/or committees?

How are EMC projects funded? Are all EMC transactions open to the membership and easily accessible?

All EMC projects are specifically funded and supported by voluntary participation and donations for that specific project.  Any member can request access to EMC transactions and other pertinent information.

Who finances the activities of EMC?

EMC members voluntarily donate to support the various activities and programs the organization holds at a local and national level.

Can I send money?

No, we do not accept any financial help, unless it is requested and tagged for a specific project.

What is the EMC Annual Convention?

The annual convention is the premier event that EMC hosts, typically in the summertime. It is an annual gathering of members from all over North America, Canada, and sometimes from abroad. Convention activities include a two-day youth camp, Islamic speakers, workshop sessions, entertainment night, professional networking, and a matrimonial banquet   It is also the time that the executive board provides its annual report on the activities of the organization. Reports on the following topics are provided:

Is EMC a political party?

No, and we do not plan to be one in the future either. Our focus is strictly on building up our capacity as community.

What is EMC’s relationship with other community organizations?

EMC strives to forge partnerships and alliances with diverse community organizations that share the same values and principles as EMC.

Does EMC support or oppose the Eritrean Government?

EMC, as an organization, does not take a stand on opposing or supporting any political party or government.  Its members, as any other Eritreans, are free to support or oppose a political party or government.  The views of the members do not necessarily represent EMC”s views.  However, EMC may on occasions take a stand on specific actions, incidents or laws anywhere that impact Eritrean Muslims.

What is EMC’s relationship with Eritrean opposition organizations?

There are no relationships with opposition organizations. EMC functions as an independent community organization focused on strengthening Eritrean Muslim communities.

How can I help?

Become an active member of EMC, and participate in the projects and committees for the betterment of all Eritrean Muslims worldwide.  [/tab] [/tabgroup]