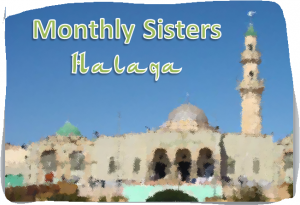 In reference to the first part of Ayah 12 from Surat al-Hujurat:

” O you who have believe, avoid much [negative] assumption.  Indeed, some assumption is sin.  And do not spy or backbite each other.  Would one of you like to eat the flesh of his brother when dead?  You would detest it.  And fear Allah ;  indeed, Allah is Accepting of repentance and Merciful

The halaqa will be conducted in the Tigrinya language by our respected Guest Speaker Sheikh Ismael Mukhtar (Wedi Mufti) from Winnipeg, Canada.

BROTHERS – you are more than welcome to attend!

To participate (from anywhere in the world) call or Skype into:

– When prompted, enter the Conference ID Number: 12304#  (Number followed by the Pound Sign #).
– You will then be immediately placed into the live conference, Insha’Allah.

Please spread the word wherever you are and in your own local Eritrean Muslim communities.

*** Following the Halaqa, we will have an “open” discussion session about what we need to do to empower Eritrean Muslims sisters in North America and globally.  Sr Kheiria Shareef (current EMC Sisters’ Group Chairwoman) will lead the session.