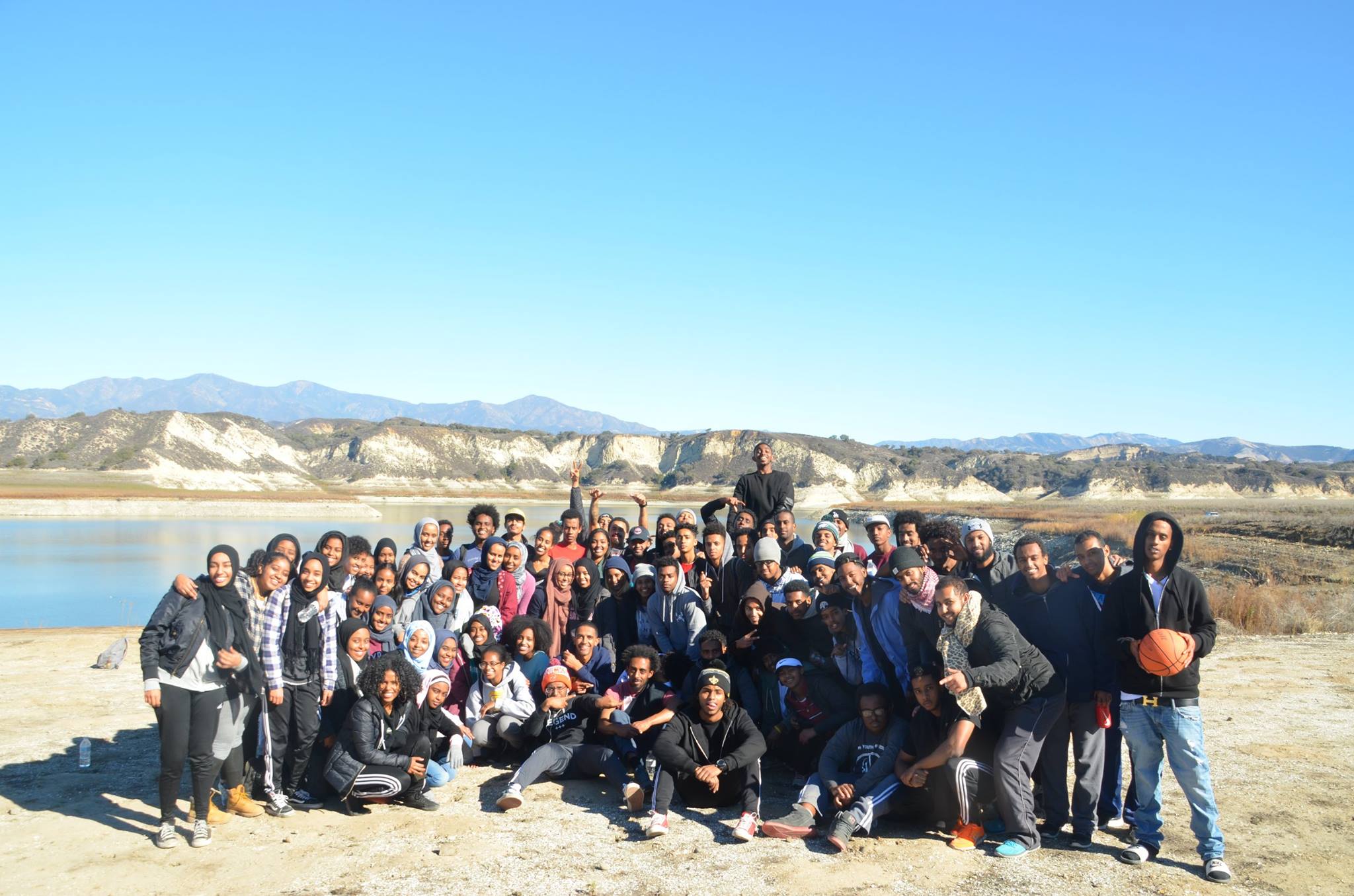 Our EMC Youth members of North and South California ended 2015 with memories to last a lifetime. The third annual winter youth camp was held in Santa Barbara, California.

Several youth spent up to four months organizing the winter camp. They visualized what they wanted and worked very hard to make sure they could implement it. They worked as a team to make sure the camp would have long-lasting positive effects for the Californian youth.

The vision for the camp was for it to be a catalyst for realizing the youth community’s potential, improve interpersonal relations and encourage more initiative in leadership roles and activities. Two main workshops they held were Community Importance and Identity.

A personal favorite activity of Sophia Said’s was a hike they did on the last day of camp. The hike ended with a beautiful scenery of a nearby lake. All of the youth stood in a circle and then was tasked with saying something positive about the person to their right, one thing they enjoyed about the camp and one thing they may have changed. “I stood in the middle of the group to explain the premise of the activity and the look on each and every individual face was one of pure contentment and joy. At that moment I could hardly contain my own fulfillment in that feeling knowing that all of my efforts had been way beyond worth it. For that I have to thank Allah.”

Advice for other communities hoping to do the same thing?

“Be open to reaching out to other communities and utilizing your resources in order to make the most out of what is available to you as youth. Start with a strong core team of organizers who are dedicated to pursuing a common goal and creating that goal with everyone in mind. Communication is a very important aspect of organizing, keep that in mind before starting any plans and keep communication open not only with your team but with your community as well. Finally, you must note that doing something of this scale is not without its challenges- you’ll be faced with issues and dilemmas unforeseen; however, you must not let that stand in your way. Persevere, push through, and work together; remember the outcome is greater than whatever stands in its way!”

Maha Adem and Rawan Adem – who helped Sophia B. in fundraising and camp arrangements for the SoCal youth

The Arizona Crew – for being the only attendees outside of Cali

Abdu Houry (Bay) – provided the meat and chicken for our meals